The Silo Series and the frequency of novelty


It all started with a good friend of mine +Chris Steele recommending me a trilogy of dystopian sci-fi books - The Silo Series by +Hugh Howey. According to him the book was really really good. I was sceptical to begin with - I was reading a lot at that time, but I have not came across a book that would captivate me the same way as some of the stuff I read in high school. Nonetheless I gave it a try. How wrong I was! The story (spread across three books: Wool, Shift and Dust) takes place in a huge bunker where the remains of the human race are trying to wait until the outside world “gets better” after some kind of a cataclysms. This is literally all I can say about the plot without any spoilers. That is probably the best thing about the book - it keeps you on the edge and violates your previous assumptions almost constantly. I found it hard to put it down: reading till late hours or skipping social occasions just to be able to take in another chapter. 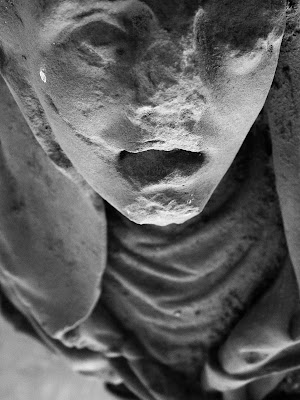 I highly recommend the book. Even though I cannot say it is touching on very deep issues, but it is written in an amazing way that will make you turn those pages like crazy. While I was approaching the end of the third book it stroke me how similar Silo's construction is to a modern TV series. Chapters are relatively short and most of them ends up with a cliffhanger. I very often caught myself saying: “This is the last chapter, I have to do this and that” just to reach the end which revealed some exciting development. Of course I could not wait - I had to learn what happened next! This reminded me of binge watching TV series. Yes, I admit to this shameful act. I follow a few shows, but every so often I come across something that has aired for a while and I consume multiple episodes in one sitting. The same thoughts go through my head: deciding to stop, learning something exciting, starting a new episode. I believe this construction is a big part of the success of Silo Series.

However, when it comes to being entertained timing is crucial. If the chapters were longer or in other words the cliffhangers were too far apart the reader would be bored more easily. I think there is a trend of higher frequency of new and exciting stuff in modern culture. I can bet some money that if we would look at average frequency of cutscenes in films now and forty years ago there would be a significant increase. I like to call it the frequency of novelty. “Novelty” is a broad term that encompasses things that are interesting and unexpected. In everyday life we are exposed to a certain frequency of novelty: it will be different if you hike alone across the mountains and different if you look what 269 people you are following on Twitter are up to. I think that when we switch from high frequency to low frequency we often fail to adapt and miss the novelty. Facing lack of external stimuli we make some ourselves: our minds begin to wander.

As I mentioned in the beginning, last time I was so excited about reading a book was back in high school. I used the Internet less back then, and it was much different - slower I would say (no ticker on Facebook), less 2.0 more 0.1. Maybe because of the pace (or frequency) in which I consume media now I don’t find books written in the “oldschool” way that captivating?  Maybe Silo reads so well because it fits the rate of informational intensity I am used to now?